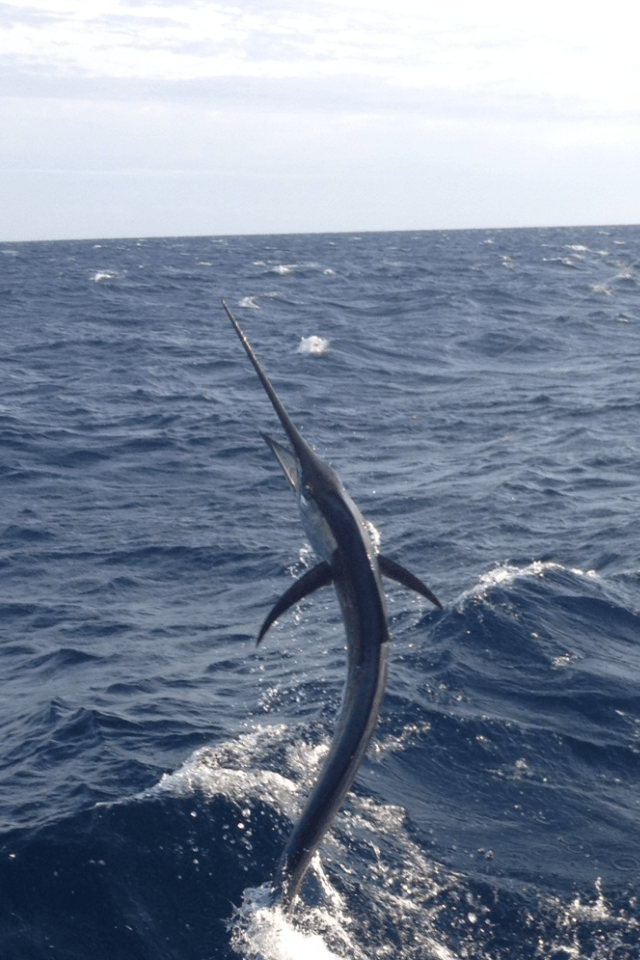 Sailfish is most likely one of the most sought after game fish that we catch here in Fort Lauderdale. People come from all over the world to catch one of these acrobatic fish. Once hooked, the sailfish like to jump on the surface from wave to wave to try to shake the hook. Bringing in a sailfish takes some finesse and skill, but that’s where the Good Hit Crew comes into play. We help the angler through long fights and extreme battles.

As winter approaches, Sailfish will migrate South following schools of bait. The best Sailfish action would start in November and go all the way through May. The best conditions would have to be Northeast wind, with North Current. The preferred method for Sailfishing in South Florida is Kitefishing.

The reason kite fishing is so exciting is because you see most of the fish before they actual hit the line. A sailfish would look like a large trash bag below the live bait, then your live bait will be extremely frantic because he sees the large predator approaching. Quickly you will see a bill arise from water and your bait will be circled. The live bait instantly disappears and the line will slowly go out. When the fish feels the hook he will move very quickly. He will jump all over the surface, this is where they get the name tail walker. 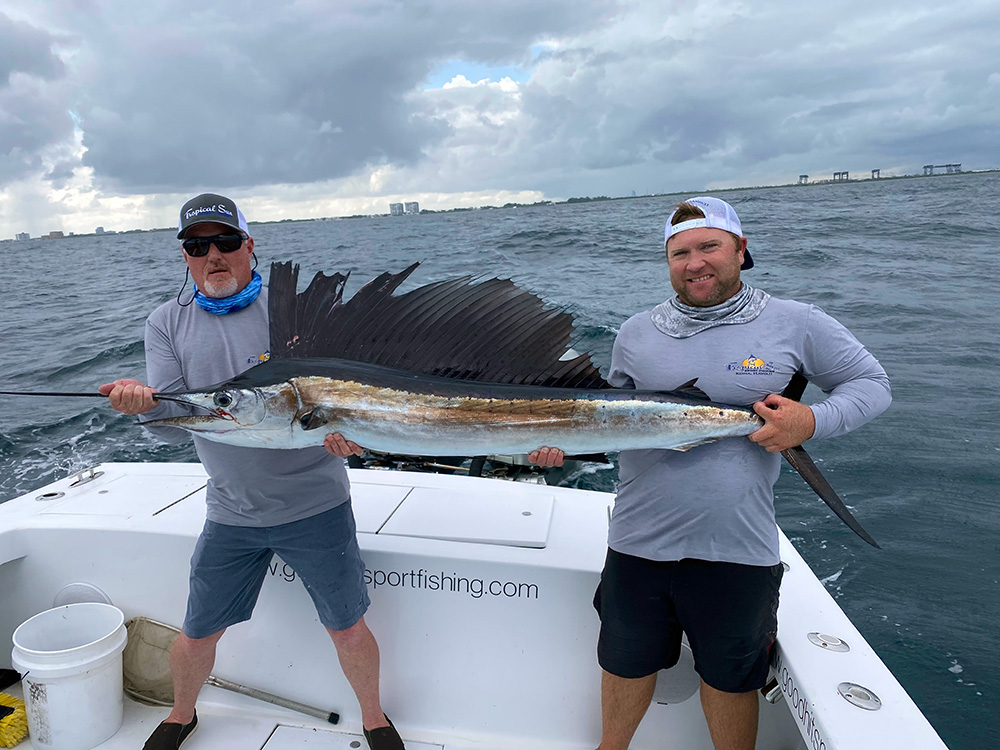